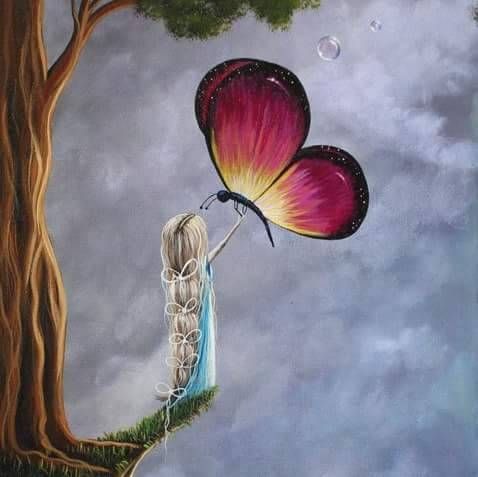 So you know how some people seem to have a story that they never get over? Something they have to tell over and over and over….and you listen to them talk and you’re like, sheesh. You’re never going to get over this, are you?

And I’m for sure talking about me.

But the ones I am really talking about are the ones who are still telling a story from like, ten, fifteen, twenty years ago. And they’re still pissed. Or they’re still sad.  Or still want to know but why? You know the person I’m talking about – cause we all know at least one. They’re stuck.

For example, I’m thinking of someone I used to know who has never gotten over her ex-husband. Rather, she’s never gotten over the circumstances of her life with her ex-husband. Now, she’s been divorced from him for over thirty years, and granted, their marriage was far from ideal. In fact I would have to agree with her that it was a shitty situation – from the way they got together (she got pregnant at 18) and how she was treated when he brought her home (she was from another country and his mother was anything but kind to her). But thing is,  I DID agree with her. Every. Single. Time. She told. The story.

And it wasn’t (isn’t, cause I’m sure she is still telling it) just me she told that story to repeatedly. Within ten minutes of meeting her, she would tell you some part of the narrative. Anyone who took an interest in her got treated almost immediately to the saga that had been her life.  And if you knew her over time, you’d hear it more than once. And the sad thing is, she is a remarkably interesting woman, with so much more to her than just this story. But it became her identity. She’d been broken by that life she’d led. She couldn’t differentiate herself from an event that happened in her life.

I get it. I was thinking about this because I realized recently that I no longer need to tell certain stories. About five years ago I had my heart broken badly, and I suffered in a way I hadn’t expected. I needed to tell that story for a while. I think I grew to understand as I processed it, and telling the story was part of that process, part of my healing. And even though that experience is part of who I am today, and I am beyond grateful for how I grew out of it, I don’t need to tell it anymore.

It is true, though, that some stories will always need to be told.  I lost my brother, which will alwaysbe part of my story. My parents, well – they lost a child – the unimaginable. That’s a story that they – we – may always need to tell on some level because it’s not something you ever really get over. However, I have watched the story evolve for each of us. Not the details of his death – the event and its impact on us is unwavering. What evolves is how we, as ever-changing and growing humans, accept its impact on our lives. Losing someone like this is not a thing you can ever make sense of. It makes no fucking sense, believe me. But, accepting a loss like this changes you. I look at my parents and I marvel at them – at how they manage to not be stuck there. I’m so proud of them for that.

Not to sound to new-age, self-help, growth-mindset jargony, but if you’re not growing from the experiences in your life, you will end up like my former friend who is still telling that story about what happened to her over 30 years ago.

(Please note, I am not talking about people who have experienced extreme trauma and have PTSD or other psychological issues related to events in their lives – obviously shit happens that can scar and stay with us forever and I in no way intend to imply “just get over it” works for all trauma or heartbreak…) I will say, however, there are some remarkable examples among us of people (and animals…) who have been through some shit and managed to keep moving on. Easily? Nope. But the inspiration found in these examples is undeniable, in my opinion.*

Look, we all have baggage. We all have scars from our past. We’ve all been hurt and we’ve all been the cause of some hurtin’ at one time or another. I think it’s when we don’t deal with things – by that I mean, go right through the pain and process it and accept that you may never understand why something happened, or why someone behaved the way they did. Truly, they may not even understand it themselves (’cause a lot of people just aren’t that deep or introspective, let’s face it).

Don’t get stuck in an old narrative, trying to make sense of something done.  Even your circumstances now don’t have to be all there is to your story.  Let the lesson come and then move on. It doesn’t have to be who you are. You can decide which stories have power, and which simply don’t. And we are back to my favorite story to tell – let that shit go. :). 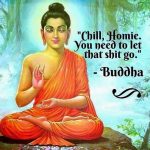 So, Friend. What story are you still telling?

*Examples of people overcoming some serious shit (and you guys, Malala isn’t even on this list):

And don’t even get me started on animal stories, especially dogs. Talk about surviving hard shit (and the dodo kills me…)