Maya Angelou famously said, “I’ve learned that you shouldn’t go through life with a catcher’s mitt on both hands; you need to be able to throw something back.”

This quote is something that has resonated for me since my twenties when, as a teacher just starting out, I had a particularly rough year. Not only did I have the most difficult kids in class, but the parents they came with were a huge pain in the ass.

I tried in vain to make everyone happy and I still ended up with a parent who, no matter what I did, was decidedly not. At a conference to discuss a poor grade her son had received on a written assignment, the woman yelled at me for a solid minute. I looked at my principal for help but he just sat there, unable to placate her or defend me. Shaken and wanting to do what I could, I offered the student an opportunity to redo part of the assignment for a better grade.

When the work he subsequently turned in also didn’t meet the rubric for a higher grade, the parent requested another conference. I agreed, and I made it clear that I wouldn’t be making another offer to redo that assignment; it was time to move on. Mama literally climbed across the table and yelled in my face. I closed the folder, looked at the principal and said simply, “I’m done.” Then I got up and walked out of the room.

I don’t know where I got the courage to do that. I was twenty-six and in my second year of teaching. I was a good teacher, and I had landed a great job in a district that consisted of equal parts wealthy white kids and not as well-off migrant kids. You can probably guess who the demanding parents were.

In between that first scary conference and the second, the Angelou quote had crossed my desk and I thought about how much time I spent catching. All my life, really, I had shown up at every conflict I was invited to. Not because I craved conflict or drama – but because of the opposite. I wanted everyone happy and joyful and content and took some kind of responsibility for their contentment. Therefore, I felt I had to be an audience to someone else’s drama or crazy or perceived slights. I bent myself into a pretzel trying to see my part and fix it.

That’s not always a bad thing – we need to be able to see our part, if we have any, in creating conditions that lead to conflict and to take responsibility. But that is what is at the heart of Angelou’s words. Keep one hand ready to catch and one hand open, ready to throw back the crap that isn’t your doing. Feeling like you are the center of everyone else’s universe is just as problematic as blaming everyone else for YOUR issues.

It would take me many more years to really, solidly grow into this concept. The glory of my 40’s has been the ability to really and truly know I’ve done the work. To own my own Bullshit and call myself out on it, or hear it when someone I respect calls me out. And – to know when someone just needs to fuck off.

I have let people who meant something to me go without any closure, accepting that the relationship had run its course – even when that acceptance hurt. I have deleted toxic people from my life and felt lighter for it. I have refused to engage with those who have wanted to drag me into their drama, their negativity, their screwed up narratives…and the freedom in that is glorious.

Having true friends who have your back and will reflect the truth back to you is important. I have several such friends and count myself lucky – I know they support me and trust they will respectfully call me out when necessary. You need a friend like Andrea, who gives great advice. Her best golden nugget:  sometimes, all you need to say is “Off they fuck.”

Someone tries to blame you for the problems she created in her life?

Someone isn’t mature enough to look you in the eye and say why they stopped talking to you?

Your girlfriend cheated on you with your best friend?

As you can see, there are many variations, and all are useful. But don’t get carried away. The key here is to have enough self-awareness to know the difference between when you have actually been a twat and need to take responsibility, versus knowing when you have zero responsibility for someone else’s issue. They can skip right on out the door with their bullshit.

Certainly, it should be said that we need to lead with compassion and empathy. We have a dire lack in today’s society of those vital qualities. And I know we have to dig deep at times to tap into those emotions, especially when we are at odds with others. But that does not mean allowing toxic, negative, irrational people to affect you. By refusing to engage them, you deny them any power or influence in your life.

Truly, if 2020 taught us anything, it’s that life is too short and far too valuable to waste time expending energy on petty people. I spent too much time being hard on myself in my “post-expectation” era of my life, after everything I thought I was entitled to was blown up. And thank goodness it did. I’ve grown, I’ve cultivated a happy life, I have become myself – fully. I know my short-comings. I accept that I’m a work in progress. But what I don’t need any longer is anyone else’s version of the story. In short, I don’t need anyone else’s understanding of my life. And I certainly don’t need anyone’s forgiveness or permission to be happy. 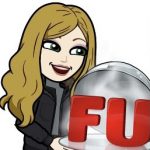 7 thoughts on “Forgive me…”