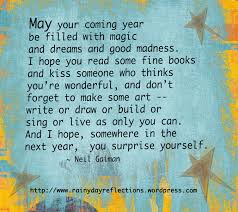 My reflections on the year behind me usually work their way out in the form of a journal entry, but this year I was inspired to do a little more because – in case you missed it – it’s not just the end of a year, People.

I myself kept forgetting that this year was not just the end of a year, but a decade.

While I was falling asleep last night I started to walk through the memories, really thinking about all the beginnings and endings of the last ten years. And well, it seems worth noting what stood out for me the most each year.

2010: I ran my second half marathon and discovered I loved it, even if I also discovered Plantar Fasciitis and an IT Band issue that never goes away, ever, and proves that even if my body doesn’t love running, my mind and soul seem to need it. I sold the home where my kids had grown up in one last effort to save a marriage that had been dying a slow death for years. A highlight was traveling to the coast of Italy (part of the same effort). We had a wonderful time, but upon coming home realized we were still we.

2011: Moved to SLO County. Kids began a new school year at a new school. And their dad moved out.  That was a tough one. I’d had surgery on the Plantar Fasciitis that day, and in my release documents, noted the part that said not to make any big life decisions in the 24 hours after because of the anesthesia. Guess what? I did. Finally, finally, the cancer had grown too large. We were over once and for all.  I felt sad for my kids but relieved for so many other reasons. I got a tattoo of a crescent moon with 13 stars to remind myself that I belonged to myself.

2012: My first year as a single mom. It’s a blur, really, but I know it was tough. Although, not really the single mom part, but the sticking to the divorce part. I knew it was the right thing to do, but my ex challenged that at every turn. There were sad, sad days. There were hard days. And, there were also bright spots. Like moving to a new house. Like running my third half marathon. Like connecting with other divorced people who told me it really would all be okay. And, the feeling of liberation I had. This was the year my life began to blossom.

2013: I thought this would be my lucky year: I like the number 13. I’d been married 13 years, a half marathon is 13.1 miles, and I ran my fourth half which was also my best. I thought it was my lucky year when I met someone and fell in love.

2014: This was actually my lucky year, even though I didn’t see that at the time. It was a brutal one. I experienced a painful break-up, was told I had to move out of the house I was renting (and LOVED) because the owners were selling, and I got sued. It’s very hard when you’re in the shit to see how that shit is necessary to your growth, but all of that shit was a blessing. The break-up? A blessing. The house? That let me clear out and start over symbolically and put me on the path to owning my own house. The lawsuit? Well, that sucked. Ain’t gonna lie. But, my divorce was finally final, and that was a good thing.

2015: And here’s where it started to get good. I ran another half. I attended my first ever Central Coast Writers Conference. Life changing.

I started to practice the craft of writing. I figured out that I wanted to write for the sake of creating, because I love it, because it’s how I express myself and I need that creativity in my life. And, I started writing my book. I also took a trip to England and Scotland. Not bad.

The culmination of all the strategizing, hoping, watching the market, and creative planning – plus some luck and a very, very good friend who helped in the final stretch. I sent my kids on a scavenger hunt leading to the keys at the house. We remodeled, doing almost all the work ourselves (aside from electrical because obviously) and had our Property Bros moment. I ran an Ultra Half Marathon (IT band didn’t care for that), and attended my second CCWC.

2017: I continued to develop my handiness, doing a lot of projects on my house under my dad’s tutelage. Found out I can do some stuff! And I love the time with my dad, who I think is a tiny bit proud of me. 🙂 Ran another half and decided to hang up my half-distance laces. Attended my third CCWC, but this time on the Advisory Committee. And I can’t begin to list the friendships that have grown out of this wonderful little conference. (Andrea, Jordan, Natalie, Peter, Teri – I’m looking at you!)

2018: Did I say I hung up my half-distance laces? Sure, except I did TWO this year. But in the form of a relay (eight out of thirteen miles) and an Ultra that I didn’t train for. I don’t suggest doing it that way – except it was a lot of fun. The first of an annual writing retreat with my dearest writing team.  My Tribe grew with CCWC, where I once again served on the advisory committee. And February brought a sweet beginning.

2019: A tough start to the year. But then I finished my novel! Yeah! A sweet personal victory was followed by a tragedy and an unbelievably painful loss of a precious friend.

Something I thought was ending was actually beginning.

Traveled to New York, pitched my book, grew my tribe. CCWC took on new meaning. I took my kids to Europe with my mom. I spent a night in the desert and grew something special with someone I love who loves me back.

And for 2020, I will continue working on things that matter, I will make mistakes and learn and grow. Through it all, I have tried to focus on what I am grateful for and what I want to nourish in the here and now. That isn’t always easy – when you’re in the weeds, it can feel impossible to see the good that’s just around the corner. Looking back, I am struck by how I needed some things to fall apart so I could be here now. When I say my life blossomed, it’s not an overstatement. I love what this life has grown into and what it continues to promise.

In the words of Neil Gaiman, “May your coming year be filled with magic and dreams and good madness.”