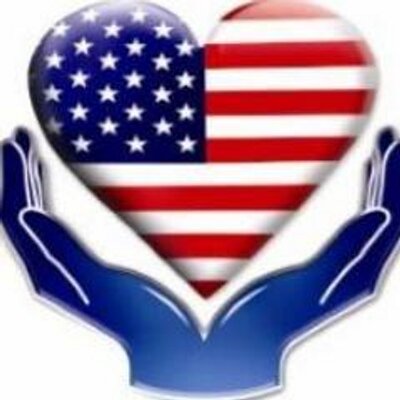 This morning, some students at my son’s high school left a bag of cookies and a note on our porch. They were driving around looking for the #classof2020 #allinthistogether signs our community created for seniors, and for every one they spotted, they left a little care package.

I was so touched by this act of kindness that I started crying – and I couldn’t stop. I got to the point of almost needing to sit on the floor and just wail with the big heaving sobs normally reserved for, you know, grief.

Now, truth is, I’m normally somewhat easily moved to tears, but this was an extreme reaction, even for me. Getting a little misty eyed would have been a more reasonable reaction, but I was overcome with emotion.

I don’t think it takes a genius to figure out what’s up. Nothing is exactly normal at the moment for any of us. This is an unprecedented time, and we are all rightfully scared and feeling a bit untethered. Most of us have gotten pretty comfy with the idea that we are in control most of the time (not true even a little, really, but it’s what we tell ourselves). But along came the Corona and if that wasn’t bad enough, we now also have murderous wasps and I better not hear anyone ask 2020 what’s next because I *think* she’s shown us she isn’t playing.

I recall during 9/11 the way our country came together. I had probably never cried more, but I was also never prouder to be American than in the days after the towers fell. Our collective heartbreak and grief brought us together in a way I don’t think I’d ever experienced.  People showed up, you guys. They really did. It’s like everything that divided us melted away. The stories of strangers helping strangers – that’s the America I believe in. I’ve seen something similar happen when wildfires have ravaged my home state of California – people show up, community comes together and we take care of one another.

I thought something like that might happen now – that maybe being stripped of our differences by this indiscriminate killer would mean we’d come together. But instead, it seems we are so divided that even a VIRUS has become political. I don’t know what to do with this – do you? I think most of us truly lie somewhere in the middle on the political spectrum when it comes right down to it and yet there are men with guns charging at capitol buildings, an employee at a store was shot for telling someone they had to wear a mask, and suddenly wearing one or not identifies you as right or left?

I understand that fear is a powerful motivator. And we fear a whole host of things – for our lives, the lives of our loved ones, for our livelihood. The fact is that right now our physical and economic health are BOTH AT STAKE. We closed the economy to save lives, and closing the economy costs lives. We can’t “just open” because many people will die and if we don’t open people will die, both from the virus and from causes related to the economy tanking. There are no easy answers.

But everyone wants to feel like they have some control and everyone  – EVERYONE – wants to blame someone. It’s the governor’s fault, it’s Trump’s fault, it’s China’s fault, it’s your fault. You make me wear a mask, you’re a “libtard”. You want to open the economy, you’re a…is there even an equivalent for “libtard”?

We all have our opinions, I get that. Some people want to adhere to science and listen to experts. Some want to just go on as usual and let the chips fall where they may. While it’s likely this virus will infect all of us anyway and at some point even needs to for the sake of immunity, there are reasons backed by science to slow the spread down (and closing the economy in order to do so has been done historically in times of pandemic – that’s not a new idea). Unfortunately, the  opinions we each hold tend to fall within a range of other beliefs and values that people determine place you squarely on one side or the other.

Have we lost the ability to see grey area? Have we lost the ability to have a conversation that starts with “I see your point, you want to save lives. So do I, but I also need to pay my mortgage. What do we do?” Does it really need to come down to guns and libtard and right versus left? Can I not want to save lives AND feed my family? Can I not want to open the economy in a safe way and still grasp that for many, that will mean illness or death and have compassion?

So I am chagrined. Just add to CORONA and MURDER WASP my fear of an all out CIVIL WAR. Because I kind of believe that’s where we are headed. I wouldn’t think my choice to keep myself, my family and YOUR family safe by wearing a mask and gloves at Costco would warrant an eye roll and an exaggerated head shake from the man in front of me – but it did. Or that being asked to wear one would lead to people being so outraged they’re going to boycott Costco. I wouldn’t have expected to hear that a friend got physically assaulted for wearing a mask, or that an employee was murdered for asking someone to wear one – I mean, really America? REALLY? I thought we were so much better than that.

The fact is, this corona thing is likely coming for all of us. And many of us will be okay, but many, many of us will NOT be. And we don’t get to choose who gets it mildly and who dies a horrible, lonesome death. When I wear that mask and gloves, I am doing it as much for my daughter and my parents as for yours – and I don’t care if you believe the same things as me or not. The other fact is that even if we open the economy tomorrow – seriously people, it’s not going to be magically fixed. It’s going to be a painful road back no matter when we open again. And we know for a fact that opening too soon will mean more people die. The virus isn’t going to disappear like a miracle and this won’t be over soon enough – no matter how much we ALL wish it to be.

In other words, there is no magic bullet. Everyone is doing the best they can with the information they have in real time – and I’m tired of the political back and forth. I have my opinion about our current administration and how they handled things at the outset and since. But, at this point it’s neither here nor there. This just isn’t about if you’re red or blue – it’s about human lives, and yes it’s also about the economy and no one can quantify for anyone else which is the more pressing concern in each person’s life. For some, staying closed means they or someone they love has a better chance of staying healthy. For some, getting back to work means life and livelihood. For some, it’s an even more impossible choice, I’m sure.

A patriot is defined as a person who “vigorously supports their country and is prepared to defend it against enemies or detractors”. But I fear that we are now a people who cling so hard to what being red or blue means that we are unable to differentiate and just be good citizens. The virus is the enemy. Not each other. Not a person who wears a mask or who doesn’t. I fear that if the virus doesn’t kill us, we will kill each other. Can you really not put on a mask because it goes against your “rights”, even though it means that the person who works at the grocery store is less likely to get sick or take the virus home to a compromised family member?  If you are more concerned about your right to not wear a mask, of all things, than the health and well-being of others, you’re not the patriot you claim to be. Full stop.

I know my little essay is unlikely to change any of this, and it’s not particularly hopeful. Which is probably why cookies on my doorstep from a couple of lovely high school seniors made me weep – because I need to believe that in our hearts we are still united, and that somehow the spirit of what it means to be part of this great nation will rise up. That we will, each of us, decide to be more than red or blue – that we will come together and be what we need to get through this.